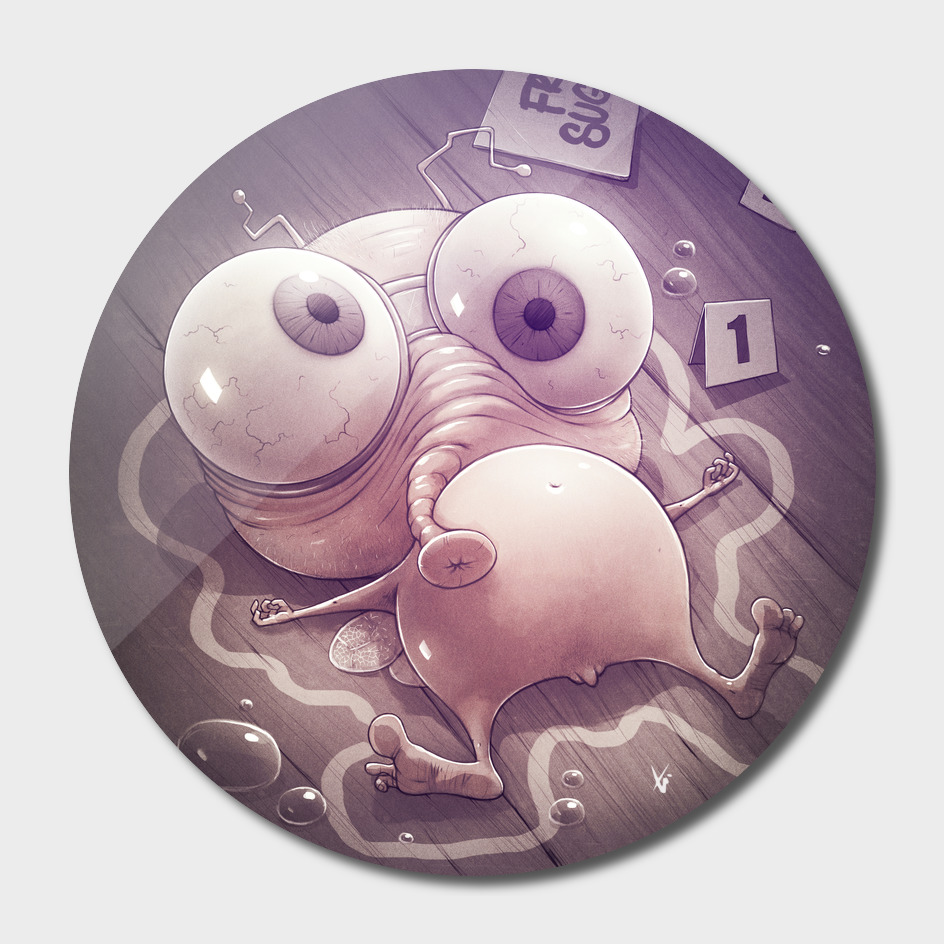 This exclusive edition Disk, designed by Dr. Lukas Brezak, comes with a numbered and signed certificate of authenticity. Printed on a .045” thick aluminum sheet, this print is crisp, high gloss, lightweight, and water resistant. It comes with a proprietary 1/2" aluminum shadow mount allowing for easy installation.

Plot: "Anti-Aspartamist Protests in Prague took place during the International Sugar Fund (ISF) and World Sugar Bank (WSB) summit in September 2000 in Prague, capital of the Czech Republic. Various anti-aspartamist protesters were seeing this institutions as one of reasons for the sugar problems faced by the whole world. Thousands of Activists who travelled from all over the world protested and some clashed with police everywhere in city of Prague for several days. Police estimated more than 15,000 protesters were involved. Anger was directed against the way the International Sugar Fund and World Sugar Bank pushed for a policy of directing sugar power to the markets and multinational companies. Tear gas and water cannon were used to force back a breakaway group of Activists that attempted to reach the summit venue to shut down the meetings of the global financial institutions. In spite of the large police presence, the protesters succeeded in breaking up the last day of the summit. Few was deadly injured…"