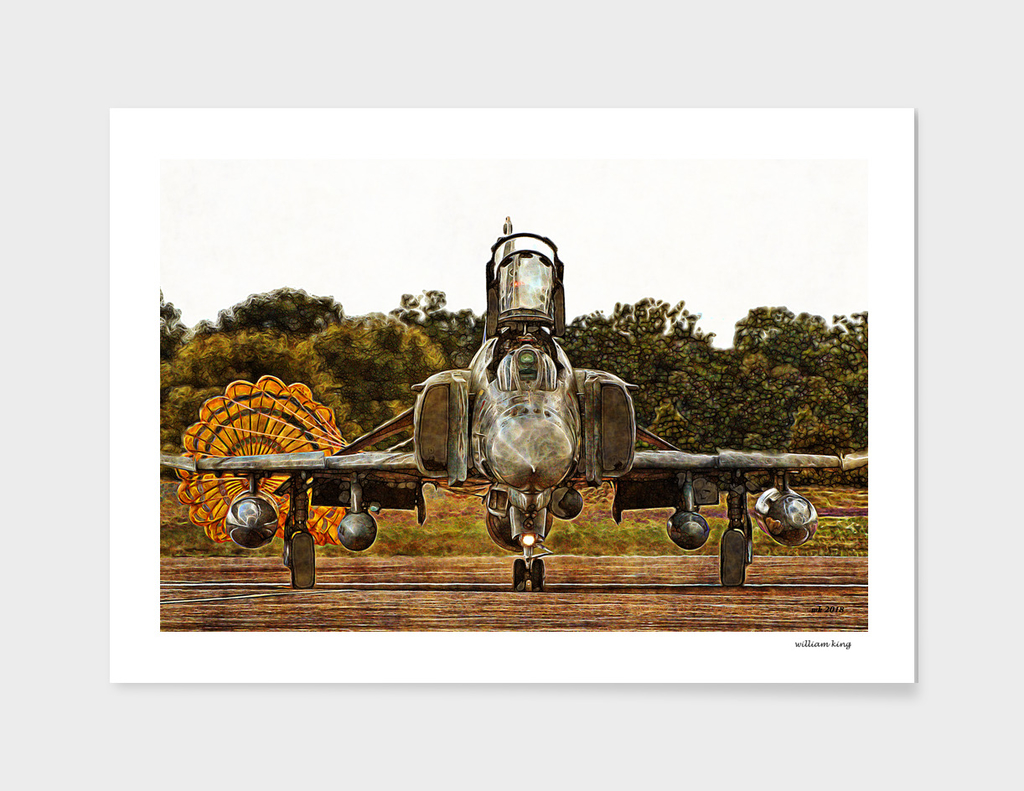 The F-4E, which took off on its maiden flight on June 30th 1967, became the leading Phantom model, with 1,389 planes built. The first F-4E was delivered to the Air Force in October 1967. The Air National Guard received its first F-4E in 1985, the Air Force Reserve in 1987. This model, with an additional fuselage fuel tank, leading-edge slats for increased maneuverability, and an improved engine, also has an internally mounted 20mm multibarrel gun with improved fire-control system. The F-4E, which was equipped with leading-edge maneuvering slats and weapons and radar controls that were optimized for dogfighting, vastly improved the Phantom's air-to-air capabilities. Nevertheless, the Phantom's ultimate 3:1 kill ratio over the MiGs fell far short of the impressive advantage enjoyed by the Air Force in Korea. The F-4E was different from earlier models in that it has an integral cannon, as well as improved systems that give it an added edge in air-to-air and air-to-ground operations. Since conventional wisdom held that the combination of high-speed and sophisticated systems would eliminate classic close-in dogfighting, the Navy's F-4B and the Air Force's F-4C and -D fighters were not configured with internally mounted guns. Such wisdom proved false in the skies over southeast Asia where restrictive engagement rules required visual identification of the enemy before missiles could be launched and where nimble MiG-17, -19, and -21 fighters proved they could hold their own against the more powerful but less maneuverable F-4s in the kind of close-in "knife fights" that remained a part of air-to-air combat. During the first few years of the Vietnam conflict, the US found itself engaging enemy aircraft such as the MiG-17 and MiG-19 that were relatively agile and could easily out-maneuver the heavier US aircraft (F-4 and F-105) that had been designed without requirements for close dogfighting or close weapons such as a gun. Initial tactics used by US pilots to try and turn with enemy aircraft had been relatively unsuccessful, and it had become apparent that missiles in use at that time were relatively unreliable at long ranges. Pilot training and revised tactics were ultimately employed to blunt the threat and use US aircraft to an advantage, but the lack of maneuverability and a gun for close-in combat became issues for the Air Force -- solved by the F-4E. Based upon the photography of Tim Felce.