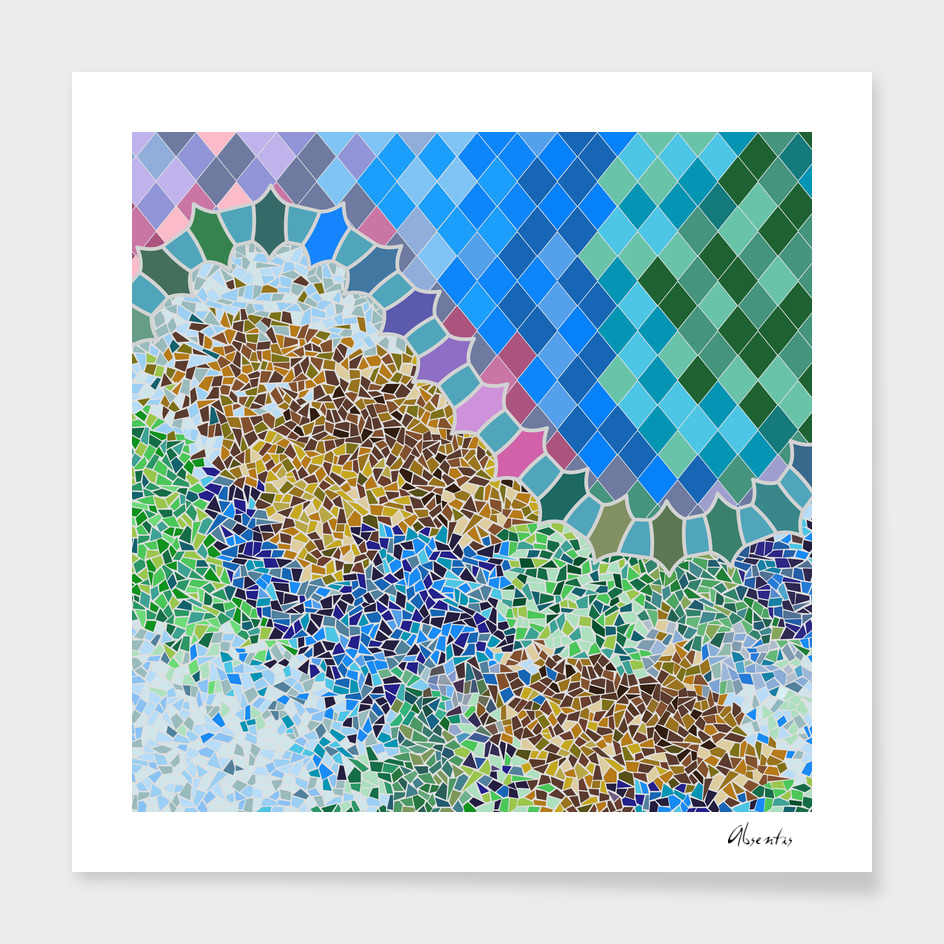 Antoni Gaudí i Cornet (25 June 1852 – 10 June 1926) was a Spanish architect. He is the best known practitioner of Catalan Modernism. Gaudí's works have a highly individualized, and one-of-a-kind style. Most are located in Barcelona, including his main work, the church of the Sagrada Família. Gaudí's work was influenced by his passions in life: architecture, nature, and religion. He considered every detail of his creations and integrated into his architecture such crafts as ceramics, stained glass, wrought ironwork forging and carpentry. He also introduced new techniques in the treatment of materials, such as trencadís which used waste ceramic pieces. Under the influence of neo-Gothic art and Oriental techniques, Gaudí became part of the Modernista movement which was reaching its peak in the late 19th and early 20th centuries. His work transcended mainstream Modernisme, culminating in an organic style inspired by natural forms. Gaudí rarely drew detailed plans of his works, instead preferring to create them as three-dimensional scale models and moulding the details as he conceived them. Gaudí's work enjoys global popularity and continuing admiration and study by architects. His masterpiece, the still-incomplete Sagrada Família, is the most-visited monument in Spain. Between 1984 and 2005, seven of his works were declared World Heritage Sites by UNESCO. Gaudí's Roman Catholic faith intensified during his life and religious images appear in many of his works.