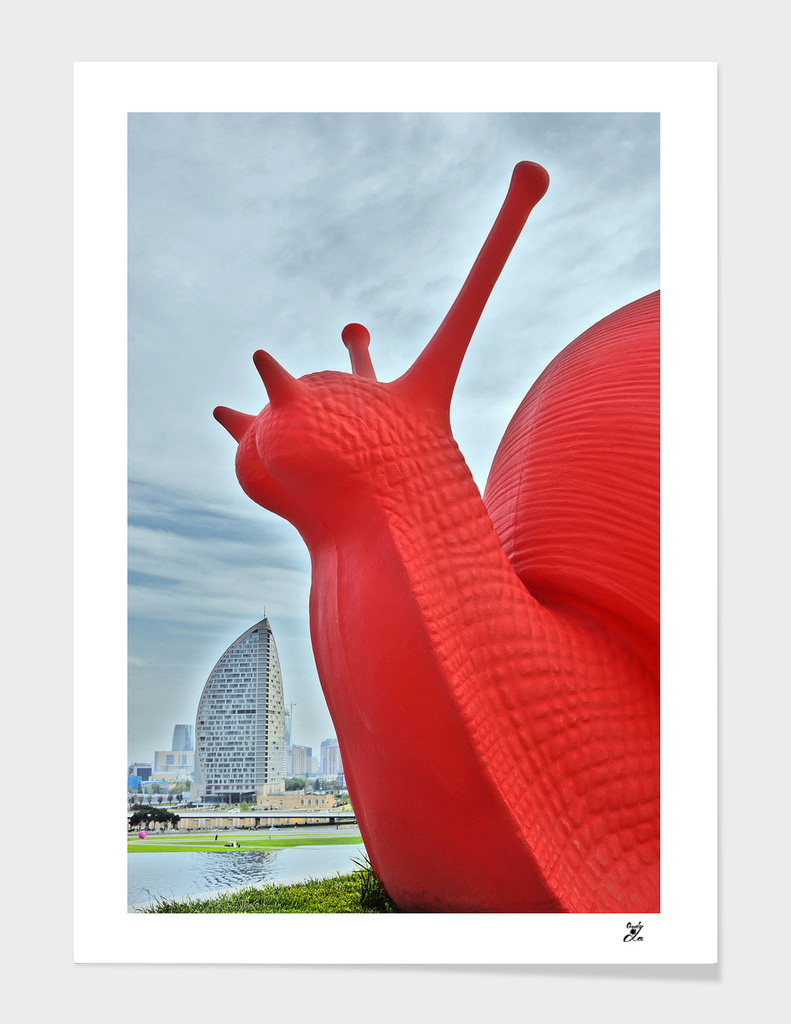 Urban Motifs. Baku. Old Town. Land of Fire. The Land of Fire (Azerbaijani: Odlar Yurdu) is a phrase in the Azerbaijani language and an ancient Azerbaijani cultural concept that denoted either the entire Azerbaijan's geographical land or the metaphysical realm of mortals, and later became associated with political sovereignty and cultural symbolism. The larger concept of Odlar Yurdu is closely associated with civilization and order in classical Azerbaijani philosophy, and has formed the basis for the world view of the Azerbaijani people and nations influenced by them since at least the Bronze Age. According to a modern etymology, the name of Azerbaijan derives from that of Atropates, a Persian satrap under the Achaemenid Empire, who was later reinstated as the satrap of Media under Alexander the Great. The original etymology of this name is thought to have its roots in the once-dominant Zoroastrian religion. In the Avesta, Frawardin Yasht ("Hymn to the Guardian Angels"), there is a mention of âterepâtahe ashaonô fravashîm ýazamaide, which literally translates from Avestan as "we worship the Fravashi of the holy Atropatene." Atropates ruled over the region of Atropatene (present Iranian Azerbaijan). The name "Atropates" itself is the Greek transliteration of an Old Iranian, probably Median, compounded name with the meaning "Protected by the (Holy) Fire" or "The Land of the (Holy) Fire." The Greek name is mentioned by Diodorus Siculus and Strabo. Over the span of millennia the name evolved to Āturpātākān (Middle Iranian) then to Ādharbādhagān, Ādharbāyagān, Āzarbāydjān (New Persian) and present-day Azerbaijan (in Armenia, the country is called Adrbejan, yet another archaic form). Ultimately, the name Azerbaijan comes from Azar-Payegan. This word is translatable as Guardian of Fire, "The Treasury" and "The Treasurer" of fire or "The Land of Fire" in Modern Persian. The name was changed to Azerbaijan following Arab conquest in the 7th century AD, where Arabic lacked the letters of G and P, thus the spelling of Azerpayegan was modified to reflect this.