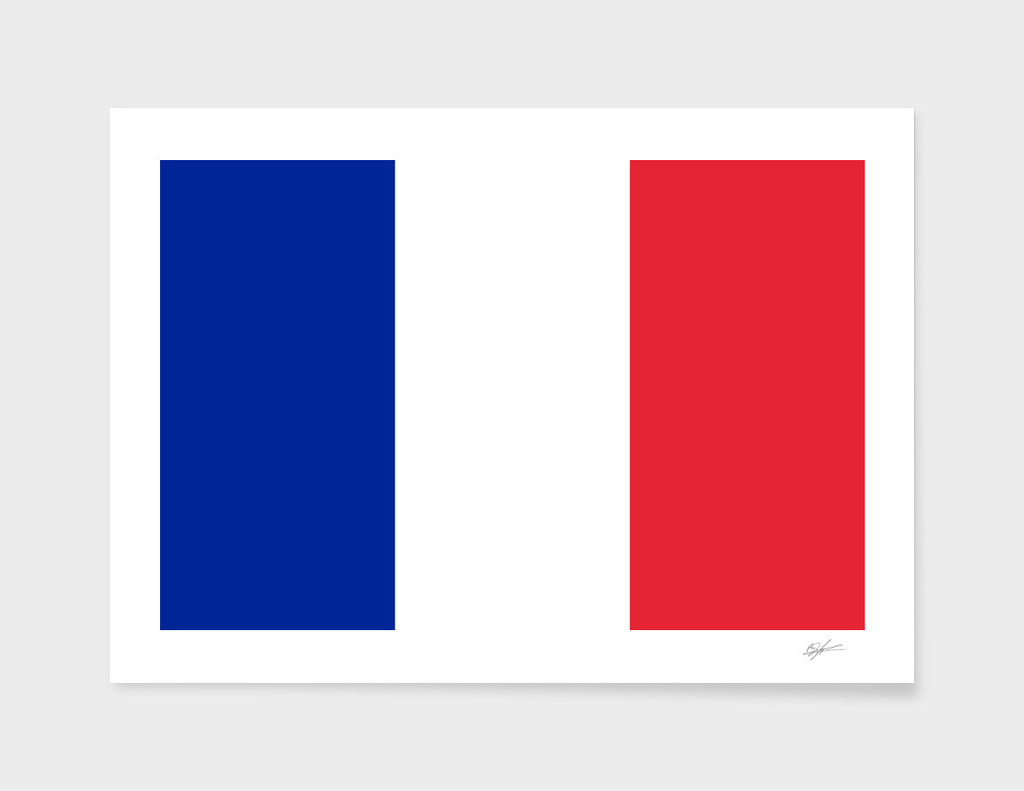 The national flag of France is a tricolour flag featuring three vertical bands coloured royal blue (hoist side), white, and red. It is known to English speakers as the French Tricolour or simply the Tricolour The royal government used many flags, the best known being a blue shield and gold fleur-de-lis (the Royal Arms of France) on a white background, or state flag. Early in the French Revolution, the Paris militia, which played a prominent role in the storming of the Bastille, wore a cockade of blue and red, the city's traditional colours. According to Lafayette, white, the "ancient French colour", was added to the militia cockade to create a tricolour, or national, cockade. This cockade became part of the uniform of the National Guard, which succeeded the militia and was commanded by Lafayette. The colours and design of the cockade are the basis of the Tricolour flag, adopted in 1790. The only difference was that the 1790 flag's colours were reversed. A modified design by Jacques-Louis David was adopted in 1794. The royal white flag was used during the Bourbon restoration from 1815 to 1830; the tricolour was brought back into use after the July Revolution and has been used ever since 1830.