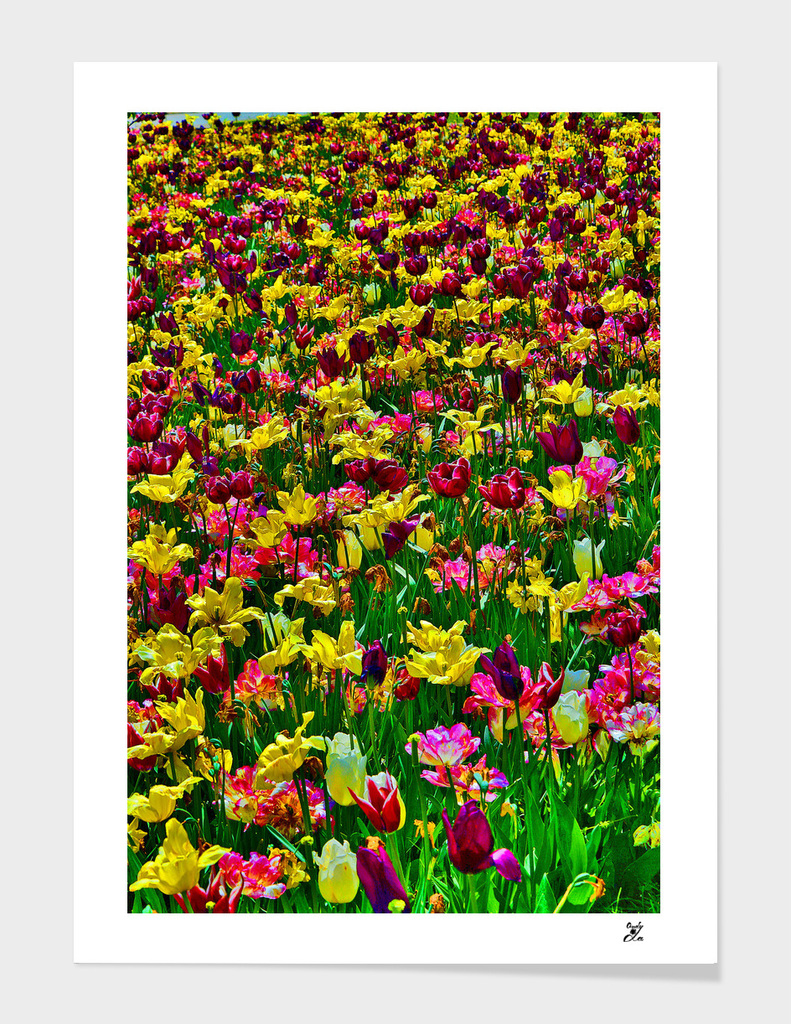 Flowers. Fortress Ehrenbreitstein. Koblenz. Germany. Koblenz is a German city situated on both banks of the Rhine at its confluence with the Moselle, where the Deutsches Eck (German Corner) and its monument (Emperor William I on horseback) are situated. As Koblenz was one of the military posts established by Drusus about 8 BC. The name Koblenz originates from Latin (ad) confluentes, confluence or "(at the) merging of rivers". Subsequently it was Covelenz and Cobelenz. In the local dialect the name is Kowelenz. After Mainz and Ludwigshafen am Rhein, it is the third largest city in Rhineland-Palatinate, 92 kilometers (57 mi) southeast of Cologne by rail. Around 1000 BC, early fortifications were erected on the Festung Ehrenbreitstein hill on the opposite side of the Moselle. In 55 BC, Roman troops commanded by Julius Caesar reached the Rhine and built a bridge between Koblenz and Andernach. About 9 BC, the "Castellum apud Confluentes", was one of the military posts established by Drusus. Remains of a large bridge built in 49 AD by the Romans are still visible. The Romans built two castles as protection for the bridge, one in 9 AD and another in the 2nd century, the latter being destroyed by the Franks in 259. North of Koblenz was a temple of Mercury and Rosmerta (a Gallo-Roman deity), which remained in use up to the 5th century.