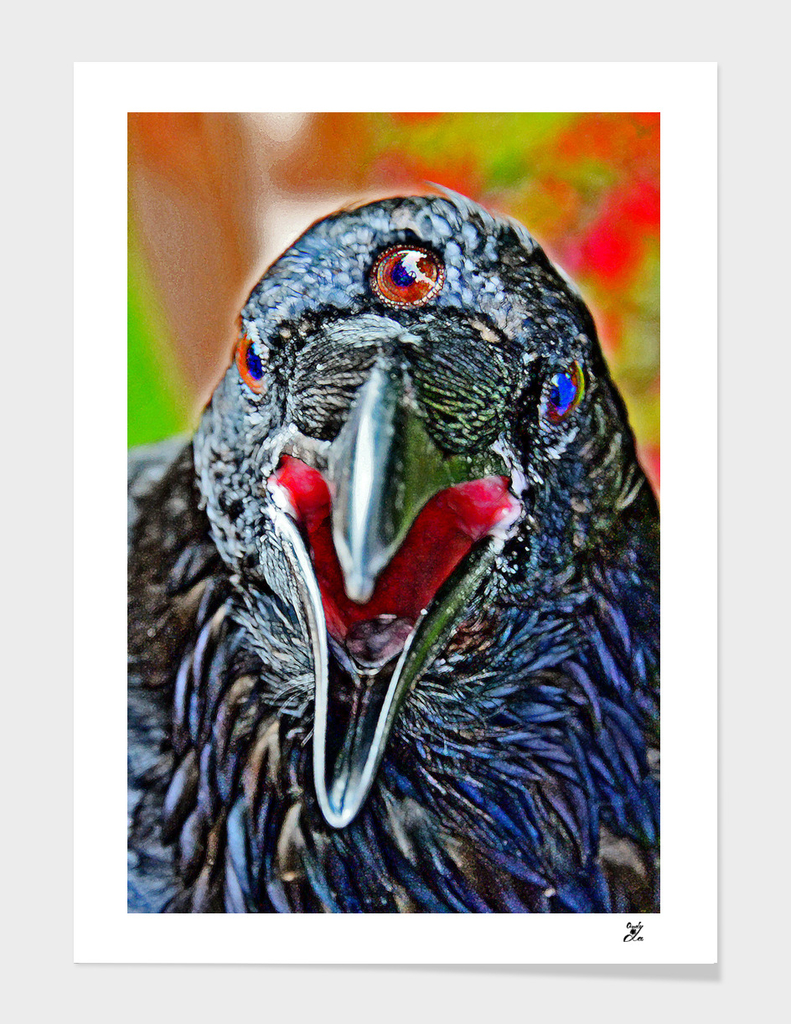 "We watch, we listen, and we remember. The past is already written. The ink is dry." Three-eyed raven. Festival "Game of thrones REN TV". July 2. Moscow Hermitage Garden. The three-eyed raven is a recurring character in the first, third, fourth and sixth seasons. He debuts in person in the fourth season, very briefly portrayed by Struan Rodger, though Max von Sydow takes over the role when the character reappears in Season 6. Under the guise of a three-eyed raven, he appears in Bran Stark's vision-dreams, following his fall and injury, prompting his quest beyond the Wall and guiding him to the cave in which his real human body resides. Game of Thrones is an American fantasy drama television series created by David Benioff and D. B. Weiss. It is an adaptation of A Song of Ice and Fire, George R. R. Martin's series of fantasy novels, the first of which is titled A Game of Thrones. The series is set on the fictional continents of Westeros and Essos and interweaves several plot lines with a large ensemble cast. The first narrative arc follows a dynastic conflict among competing claimants for succession to the Iron Throne of the Seven Kingdoms, with other noble families fighting for independence from it; the second covers the attempts to reclaim the throne by the exiled last scion of the realm's deposed ruling dynasty; the third chronicles the rising threat of the impending winter and the legendary creatures and fierce peoples of the North. Game of Thrones has attracted record numbers of viewers on HBO and attained an exceptionally broad and active international fan base. It has received widespread acclaim by critics, particularly for its acting, complex characters, story, scope, and production values, although its frequent use of nudity, violence, and sexual violence has attracted criticism. The series has won 26 Primetime Emmy Awards, including the Primetime Emmy Award for Outstanding Drama Series in 2015—when it set a record for most wins for a series in a single year—and numerous other awards and nominations, including three Hugo Award for Best Dramatic Presentation, a Peabody Award, and three Golden Globe Award nominations.